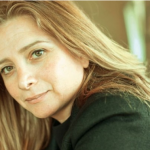 (…) One must read this remarkable narrative to get rid of the indifference to the crackle of images, and of testimonies heard on the fly. It is not enough to know that terrible events are taking place in the world. A story longer than 140 signs needs to give them form and color.

(…)
Samar Yazbek’s story  is valuable as a literary testimony.  It is also valuable as a geopolitical analysis. It goes from the fog of war, the confusion of fighting, and gradually goes back to the general idea: quite simply, Bachar El Assad is the cause
behind all the evil… To those who… consider that the priority is primarily the fight against Daech, reading this book and discussing with its author makes us think again about the double game of the Syrian regime, officially horrified by the jihadists, but in the shadows, ready to favor them, in order to produce a chaos that allows it to remain in power. A chaos
which today generates exodus and a migratory disaster that disorients Europe.

As the author says, “if nothing is done in Syria, a fragmentation bomb will explode over the world”. It is already the case

Her detailed descriptions of the bombardements by the Syrian aviation and the impotence of the Free Syrian Army which lacks a good antiaircraft arsenal bewilders. Where is the money and the material we thought was fuling, at least a little the “good against the bad”? Where does this shocking difference in financial means come from, between the Islamist fighters and those who defend a democratic Syria?
(…)
Today a UN resolution makes a transition in Syria without Bashar El Assad possible. The migratory bomb that struck
Europe turned out to be necessary for us to start hearing Samar Yazbek’s cries.