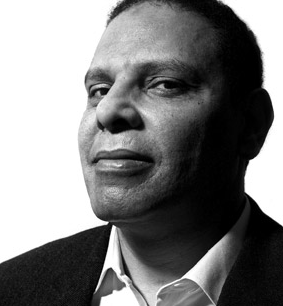 [2]On Sunday evening, a crowd of about one hundred expatriates, foreign journalists and Anglophone Egyptians congregated between the bookshelves of the AUC Press Bookstore overlooking Tahrir Square to congratulate internationally acclaimed novelist and writer Alaa al-Aswany on the launch of his latest book, “On the State of Egypt: A Novelist’s Provocative Reflections.” The book is a selection of al-Aswany’s weekly columns published in translation and is accompanied by an introductory leaflet entitled “On Tahrir Square, February 2011.”

Several attendees commented on the bravery of Egyptian protesters during the 18-day uprising that began on 25 January and condemned the policies of the incumbent government of Prime Minister Ahmed Shafiq, appointed by then-president Hosni Mubarak on 31 January 2011.
“The current cabinet should be dismissed,” said al-Aswany, echoing his audience’s views. “It remains unclear who the cabinet is reporting to: Mubarak or the armed forces.”
Al-Aswany gained wide popularity in Egypt after the publishing of his bestselling novel “The Yacoubian Building” in 2002. International recognition followed with the translation of the novel into several languages, paving the way for his following novel, “Chicago.”

The state had repeatedly refused to publish his novels and articles because of his poignant criticism of the ruling regime. As a member of the Kifaya protest movement–an umbrella group of political parties, human rights organizations and NGOs–al-Aswany had frequently participated in street protests in Cairo against the longstanding Mubarak regime.

At the book-signing, he extrapolated on this topic, explaining that the current cabinet was little more than an extension of the Mubarak regime, which would manage during the upcoming six-month transitional period to eliminate all evidence against its members. “Why is the former minister of interior, Habib al-Adly, being tried for illicit gains and not for the shooting of protesters, which he ordered?” al-Aswany asked.

Shafiq and other members of his cabinet were described as “defeated politicians,” who do not really believe in the reforms they are supposed to be championing. Sitting government ministers are actually trying to minimize the effects of the revolution, he noted.

Remnants of the Mubarak regime–such as Zakariya Azmy, presidential chief-of-staff; Fathi Sorour, parliamentary speaker; and ex-intelligence chief Omar Suleiman–have not been mentioned within the context of ongoing investigations, he said, and they remain in power while remaining unaccountable to the public. He went on to voice fears that these officials were plotting to launch a “counter-revolution.”

Al-Aswany believes that Sorour played a pivotal role in the selection of members of the constitutional amendment committee, mandated by the military with drafting constitutional amendments to allow free elections. The selection has been a source of concern to both Egyptians and Westerners, due to the presence on the committee of legal expert and Muslim Brotherhood member Sobhi Saleh.

Statements that upcoming parliamentary elections would be conducted with voting cards instead of national ID cards seem like another attempt to skew the vote, said al-Aswany, since most Egyptians do not have voting cards. The only people who have been organized enough in the past were Mubarak’s ruling National Democratic Party and the Muslim Brotherhood, which is why the latter might win many seats in the assembly if elections are run this way, he explained.

Despite these concerns, the revolution is not over. “Much has been achieved with the ouster of former President Mubarak. It must, nevertheless, continue,” al-Aswany told the audience. On 25 January, al-Aswany had thought the demonstrations would be no different from previous ones, with hundreds of activists being handily curbed by thousands of riot police. But by noon, he saw hundreds of thousands of demonstrators taking to the streets, where they would remain over the course of the next 18 days.

“The protests at Tahrir were inspiring in many ways,” he said. Al-Aswany plans to dedicate his next novel to the Utopian protest community of Tahrir Square. Real values of citizenship were shared by everyone at the square, regardless of their political or religious beliefs.

People slept on the street. None were harassed. There were non-smoking areas, community hospitals, committees responsible for building lavatories and distributing food. These values, along with numerous anecdotes from the square, are his main inspiration. “The coming period will be critical to institutionalizing these values,” he said. “We cannot stop now. We must continue. There’s no turning back.”