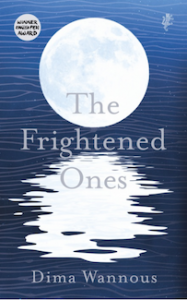 By Maya Jaggi, published by The Guardian [1], on April 15, 2020
Midway through Dima Wannous’s novel, the narrator recalls a neighbour who fell sick during a dire shortage of doctors and medicine. The woman’s daughter had to take time off work to hunt for a hospital bed. “So, silently, I begged my own mother not to fall ill,” she says, to “not contract a virus or other disease.”

As well as having a chilling resonance today, the anecdote offers a glimpse of daily life for millions of Syrians since the 2011 revolution. Almost five years after the uprising began, many doctors have left a country mired in civil war, where the price of medicines has sky-rocketed. Yet in Wannous’s ambitious, multilayered second novel – which was shortlisted for the 2018 International prize for Arabic fiction – the threat of disease is just one of many reasons to live in fear.

The novel opens in a psychotherapist’s waiting room in Damascus where, years earlier, the narrator Suleima met her lover, Naseem. She is an artist with anorexia who has panic attacks, while Naseem, a doctor and writer, slaps his face compulsively. After the uprising begins, he leaves for Germany – a loss that compounds her grief over the deaths of men in her family. Naseem sends her a novel manuscript from his new country with a narrator, Salma, whose life closely resembles her own: “Naseem stole me and wrote me into his novel.” This manuscript’s first-person chapters alternate with Suleima’s.

(…)
A complex tale of revolution, displacement, delusional love and the psychoanalyst’s couch, The Frightened Ones explores the psychological fallout from living under a brutal dictatorship in a bitterly riven society. It deploys dreams and Freudian interpretation in the context of a police state where torture is an instrument of control, and fear is anything but irrational. The name of the “eternal leader” Hafez al-Assad – whose 1970 coup founded the 50-year dynasty his son Bashir now heads – is first invoked by a madman urinating from a window on passers-by.

The revolution and crackdown stir suppressed memories of one of the regime’s worst atrocities, the 1982 massacre that ended a Sunni uprising in Hama, which Suleima’s family fled. While her late father never spoke of it, her mother blamed him for cowardice. Fear, the novel suggests, can be both inherited and indoctrinated. Suleima recalls pressure at school to spout the party line on Hama (“Our Father the Leader has bloodied his hands for the whole Syrian people”), and being terrified by the instructor’s “cryptic smile”. As sectarian vitriol erupts, family rifts mirror fissures in the nation.

Damascus-born Wannous, who studied French literature at the Sorbonne, can write powerfully and subtly. Yet the twin narratives (in distinct typefaces) are a sometimes confusing device. Suleima’s nuanced psychological interiority contrasts with Naseem’s crude glossing in his novel for a foreign readership – a difference well rendered in Elisabeth Jaquette’s translation. This contrast might hint at the dilemmas of writing from exile, and the violence done to women’s stories by men who purloin them. But the novel’s movement towards psychoanalytic resolution seems overcomplicated by its doppelganger theme (“Had I lost my memory and borrowed hers?” Suleima wonders). It is most memorable in surreal details and glancing tales: a woman sprawled on the pavement with a snorkel, “searching” for her drowned son; an overprivileged student, whose father is an intelligence officer, who has his rival in love tortured and broken.

The analyst Kamil emerges as the novel’s quiet hero – strangely reminiscent, to me at this time, of Dr Rieux in Camus’s The Plague. “Lines etched by exhaustion” on his face, he was “experiencing the same things we were: we the crushed, unnerved and frightened ones”. Humane and indefatigable, he remains in Damascus doing his job, treating the torturers and tortured alike who fill his waiting room, in a society yet to come to terms with its traumatic history. As Suleima imagines him saying: “Either we all stood together or we’d all lose our minds at once!