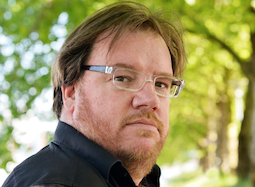 In Antoon’s latest novel, The Book of Collateral Damage [aka Index], the Iraqi author returns to the subject of the Second Gulf War…

But Antoon is too good a writer to simply retread old terrain. For this, his fourth novel, he explores new ground by depicting turmoil and carnage through a series of richly diverse second-hand sources.

What’s more, his protagonist is not someone caught up in the chaos but an exile trying to make sense of it from afar. It is an unconventional approach but the big risks Antoon takes enable him to perform mean feats.

The book’s main character is Nameer. Like his creator, he left Iraq for America after the First Gulf War and has pursued an academic career. It is 2003 and he interrupts his doctoral work to assist as translator for an American pair making a documentary about the mayhem and destruction brought about by the invasion and occupation of his homeland. Nameer accompanies them to Iraq, all the time questioning his decision to do so: “Had I come to rediscover something, or to make sure it was lost?”

While in Baghdad, he visits relatives and old haunts. He also takes a tour of Al Mutanabbi Street, where he encounters Wadood, a bookseller who has embarked on the project of a lifetime – to archive everything destroyed in the war. When they meet, Wadood has completed the first chapter, which comprises a history of the first minute of the conflict. Along with human casualties, he intends to catalogue “the losses that are never mentioned or seen” – from animals to plants to inanimate objects – “anything that can be destroyed”.

After a while, The Book of Collateral Damage begins to resemble an elaborate and intricate patchwork of seamlessly stitched stories, ruminations and verses. Antoon’s more fantastical elements put us in mind of the fictions of Argentinian writer Jorge Luis Borges. Not only is the novel prefaced by two epigraphs from Borges, but Wadood’s “open-ended book” is redolent of the “indefinite and perhaps infinite” universe in Borges’s short story The Library of Babel.

Those who shy away from such flights of fancy and prefer their fiction to be more grounded can lose themselves in Nameer’s account of his trials and errors in both his personal and academic lives, together with his views on the situation in the country he left behind and his progress and observations within his adopted home land.

Jonathan Wright, who ­expertly translated Ahmed Saadawi’s 2013 book Frankenstein in Baghdad, skilfully conveys Antoon’s blend of reality and unreality. Formally daring, stylistically inventive, this is Antoon’s most complex work to date. It challenges but it also impresses and enthrals.