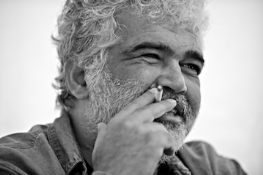 Khaled Khalifa’s “Death is hard work” is on the longlist of the National Book Award!

The shortlist will be announced on October 8th, and the winner on November 20th.

The book has received wonderful praise:

“Robust in its doubts, humane in its gaze and gentle in its persistence”
The Guardian

“Compelling book. It gives an insight into this sealed country, its inner tensions over decades.”    “Khalifa’s novel is a night-black variation on Faulkner‘s ‘As I lay dying’.”
Neue Zürcher Zeitung

“Khaled Khalifa’s characters are anything but heroes, and that’s what makes them so tangible.”     “The spirit of inner exile, the silent revolution against a human tragedy, is present in every line of Khalifa’s novel.”
The Süddeutsche Zeitung

Death is hard work is currently sold in the following territories: