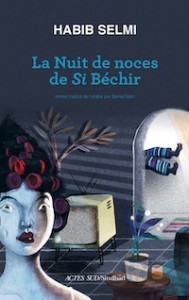 In an isolated village, an evil rumor regarding the wedding night, years before, of Si Bechir, a successful sheep merchant, shakes the lives of three families, while the jolts of the revolution that troubles urban Tunisia barely reaches them. Isn’t it though, the new wind of democracy that blows on this traditional society?

Selmi’s novel Innocence is like a metaphor of the process of democracy learning. Even from afar, the revolution has liberated speech, with some risk. To whose advantage is the rumor that the notable Si Bechir was unable to deflower his wife? His old jealous friend, or the owner of a bar from where the rumor spread, because of some political rivalry?

The novel describes how the main character, first victim of the rumor, will disentangle the true from the false, and resist the temptation of violence in a macho and racist society, thereby saving his marriage and a solid friendship. Meanwhile, Bechir discovers the scope of this new, so far unknown concept: “Democracy means that those who rule listen to the words of the citizens”. A useful reminder at a time where its durable implantation in Tunisia raises some concerns.