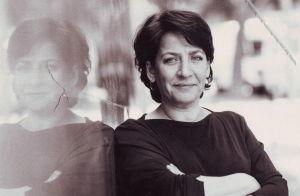 The night post [1]  is on the shortlist of the International Prize of Arabic Fiction (IPAF), or Arab Man Booker, that will be awarded in Abu Dhabi in April 2019.

“Temporary inhabitants of a gigantic no man’s land”
– L’Humanité –

Charafdin Majdolin, Chair of the 2019 judging panel, said: “The six novels chosen are very different in their subject matter, styles and aesthetic choices. They can be described as novels about family, memory, disappointment, exile and migration and they reflect varied local environments, coming as they do from different Arabic countries.
“These novels convey deep, mature and powerful visions of the current Arab reality, while also employing brilliant narrative forms that will resonate with readers and professional critics alike.” (Read more on The National’s website).

The 2019 edition of the prize features, for the first time, a majority of women authors.