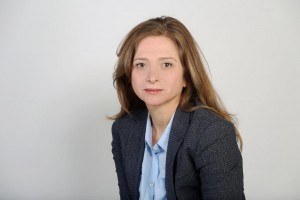 On Wednesday October 24th, the exclusively feminine jury of the French Femina award announced the 7 French titles and 5 foreign titles of their third and final selection. The winner will be announced on November 5th.
Samar Yazbek’s novel “La marcheuse” (The blue pen) tackles Syria’s chemical warfare, and more generally, the massive destruction of war, through the eyes of a woman-child.

“People say she’s crazy. She’s not crazy. Rather, madness explodes around her. This, she will experience during a journey that will take her to the heart of Ghouta’s hell, a rebel enclave near Damascus, besieged by the army of Assad between 2012 and April 2018. “Now, I understand better: here people are really dying, while over there we only catch the noise that is killing people”.” (Le Monde, by Eglal Errera)

Among all the works that come to us from Syria or from the diaspora, this novel has a unique timbre that mixes absolute realism and wonder.
Le Monde

A novel, touched by grace
L’Express

An ingenious character and a literary approach on the verge of the unimaginable.
Gotborgs-posten

Five star review! “We others can only read – and cry.”
Kristeligt

The book left this reader very touched; beyond the cruel reality it describes, it is because of Yazbek’s sense of details.
Weekendavisen

The text is true – literally true, that is. How can you truly describe a rational chemical warfare? By letting the process behind the sense of the text break. A radical and visionary move made by Samar Yazbek.
Sveriges Radio

“To make words dance on the blank page” is the power of this poignant novel.
Livres Hebdo

Yazbek has crafted an original voice […] The imagery throughout the novel is foreign and innovative.
Dagbladet