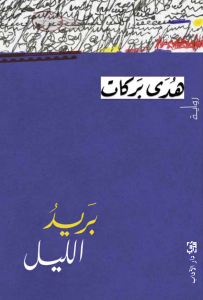 She has her own style, in life as in writing. She rarely participates in cultural events because, in her own words, she doesn’t know the art of “marketing and shopping.” She won the Al Owais Award for all her work, which overflows with grief, loss and the search for meaning in the chaos around her. She writes eloquently about characters and dates, and she continued to do so in her latest novel The Night Post, her latest work, where she addresses a current issue on a global level; namely, our lack of communication with our fellow human beings. We discussed these and other topics with her in a meeting with her, and the following dialogue ensued.

Does the mail in your latest novel reflect the idea of ​​a global transformation, where we have lost touch with each other as human beings?

The mail is a symbol.

A symbol of pre-technological, pre-materialistic world? Or of our ways of communication?

No, technology isn’t concerned; it’s about the way we communicate with each other. I am talking about the Arab world because the characters who write the letters are all Arabs. Almost all of them know that their message won’t reach its destination; they didn’t write it for that purpose. The addresses the letters should be sent to aren’t specified. Because we aren’t able to understand the age we live in, or each other, we speak, but our words don’t reach the others. And this wound leads us to reduce communication about all modern-day issues. This problem is generalised; human society as a whole is widely dysfunctional. We came out of liberation wars and didn’t know what new territory we entered; we distanced ourselves from ideologies, but don’t know whether materialism consumed us, and whether we are irreversibly governed by globalisation. Does social media eat away at our soul, or does it help us communicate? We talk a lot, write a whole lot more, about everything and anything, but we aren’t saying much at all. Perhaps that is why my novel makes an economy of words and is stingy with chatter.

Do you have a personal problem with places, having lived in exile?

Of course, this has affected my opinion on the matter, but I can state that my existence in a non-place became reassuring, because it confirmed that I didn’t belong anywhere. At first, I was searching and suffering, wondering where I was, and where I stood in respect to my different countries. I now feel free, even from belonging to a place. Of course, my house means a lot to me, but it has lost its deep identity. I always lived between several places, and it was hurting me, until I finally decided that writing is my place. A non-place makes you a free person, without any identarian commitment to a place. It gives you the strength to be critical, and not to accept what others are forced to.

Does the characters’ safety reside in a non-place?

There is no safety, but sometimes, anxiety can nourish writing; not anxiety in the daily sense, but to feel that you are still looking, still not convinced, asking your pen to look with you, to try and discover something with you. I do not write happily anyway. My writing is a mixture of worried sadness in an aesthetic mould. Writing makes you take your anger and anxiety seriously. You use the characters in your novel to dig deeper; they ask questions that hadn’t even occurred to you on your behalf. I lead a very simple life, and my characters are either insane, abnormal, or exiled on earth… indicating that these tendencies are ones of anxiety.

The fact is, I have difficulty choosing titles. I chose the night because my characters all end up in front of a window looking into the night, at pitch blackness from which nothing can be seen.

So you envision the future as black?

I am not talking about the future here, but rather about seeing the reality we live in. We don’t really see it; it’s probably black, but I don’t like that word, and perhaps I see it more as blindness rather than blackness. Meaning that we can’t see, nor can we decide what we want; we ponder about the future, but don’t have a plan, because we don’t understand the world we live in enough to say “this is our hope for the future, that is our dream.” We are broken, and what we missed is much greater than what we await, and we can’t break it or even see it. There is blindness, there is a dam, there is a wall. Read more in Arabic [1]