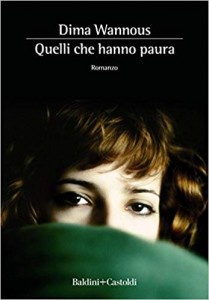 “The Frightened” live and suffer in Syria

Tearing, creeping, uninterrupted. It is fear, a devastating fury that annihilates. How to define it: state of mind, obsession, modus vivendi? Surely it is a force that takes on different connotations, from anxiety to torment to panic.

All these nuances, which the protagonists feel – a man and a woman who live in Damascus, already an element of suffering in themselves – of “the frightened” (Baldini & Castoldi, pp. 221, 19 euros), of the Syrian Dima Wannous (a journalist, among other things, for the Washington Post) and her second publication after “Dark Clouds Over Damascus”, published in Germany. Also significant is the place where this man, Nessim, doctor and writer under a pseudonym,  and this woman Suleyma who lost her father, victim of the regime that also made her brother Fu’ad disappear and lives with her mother meet: in a therapist’s waiting room. From the beginning we understand that we are dealing with a novel made of interiority, of reflections, where facts exist with their consequences but they are always secondary to the emotions that the various characters feel. The book is structured in three parts, each of which is written in the first person: first there is  Suleyma who talks about herself, and the first steps, in the therapist’s waiting room, that Nessim awkwardly tries with her, which ends up establishing an inevitably tormented relationship. Then there are Nessim’s manuscripts, which could be defined as the drafts of a new novel, incomplete, that he sends to Suleyma and whose protagonist, Salma, presents disconcerting analogies with Suleyma herself. Finally, there are the notebooks of Nessim, a sort of complement / completion of his manuscripts. Henceforth, two different narrative plans progressively develop, united by the description of a people, the Syrian, oppressed, devastated, resigned.

(…) Descriptive, devoid of dialogues, dominated by a stylistic code sometimes folded in on itself, “The Frightened” is an intimate novel that tells the plight of a war-torn Syria. Read more in Italian [1]