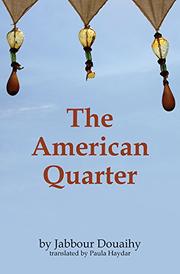 Tripoli, past and present

Lebanese novelist Jabbour Douaihy situates his story in Tripoli, in the north of his country. Though it is Lebanon’s second largest city and filled with noteworthy ancient architecture, particularly from the Mamluk period, Tripoli seldom gets the attention it merits.

With his beautifully flowing prose, Douaihy seems determined to make up for this neglect by ushering the reader into the city’s streets, markets and homes, recalling its social customs and parts of its history. As the title suggests, the focus is on the American Quarter, so-called because of the abandoned Evangelical School there. By the time the story opens during the US invasion of Iraq, the building has for many years housed a branch of the Syrian intelligence agency—one of many ironies which subtly portray the author’s own attitudes.

Contrary to what one might expect, the American Quarter is now a poor neighbourhood. Many of the main characters are clustered in a single, crumbling building: “Here and there one could still see remnants of the building’s original embellishments—a rose-shaped carving on the marble mantel above the heavy door of resinous wood, or the crumbling stone etchings along the edge of the roof—all manifestations of its current wretched state that betrayed the presence of a former life… That was before Tripoli was inundated by the poor folk from the nearby mountains who could no longer subsist on harvesting the locally grown Im Husein apricots, or any other fruit trees for that matter.” (p. 2)

The novel contains many fascinating and quirky characters which Douaihy draws with equal amounts of humour and empathy, but there are three that are pivotal to the plot[…]

Commenting on a burning question of our time, “The American Quarter” is both a tribute to Tripoli’s proud heritage and a warning of the consequences if inequality and injustice are allowed to prevail. Yet, Douaihy’s social critique has a light touch, cleverly belittling and satirising the corrupt and hypocritical. Read more [1]