Khaled Khalifa’s No Knives in the Kitchens of This City, like his acclaimed novel In Praise of Hatred (2013), is guided by a single powerful emotion. While In 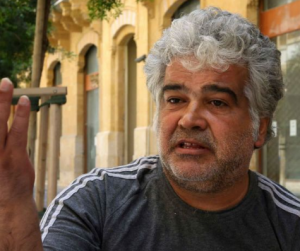 Praise tracks hatred as it seethes in and around Aleppo, No Knives, also translated by Leri Price, quickens around shame.

But Khalifa’s fourth novel, shortlisted for the 2014 International Prize for Arabic Fiction, doesn’t judge its characters. It simply follows its destructive path as it spreads, like a blight, through Aleppo. One character even writes a short book, “On Shame and its By-Products in Syrian Life”.

The shambling, multigenerational narrative resembles the city itself; the plot builds and tears down around one larger-than-life family.

In the 1960s, the central family are proudly middle-class: Ibtihal is buoyed by the family’s Ottoman ancestry; Nizar is an accomplished musician; and the family’s elegant matriarch an accomplished teacher. She falls in love with a villager, and together they have four children: Suad, Sawsan, Rashid and the narrator.

The story begins in earnest when the novel’s shadowy narrator is born. Life before isn’t perfect: the grandfather is a “silly man who cared more about his picture with Monsieur Henri Sourdain than his own life”, and is so horrified by his son’s sexuality that he makes sure Nizar is sent to prison. From the time of the narrator’s birth, however, shame begins to ravage the family in earnest. His father soon runs away with an older American woman, never to see the family again.
The ghost-narrator hardly exists on the page. We learn only that he lives a life of quiet frustration, doing tedious translations and observing his family’s collapse. The narrator is born just before the Party’s coup: “The Party and I were living parallel lives.” Neither the Ba’ath Party nor Hafez or Bashar Al Assad are named. Yet the dates make the identities of the “Party” and its leaders clear.

Slowly, shame eats away at the characters’ lives (…)

At the heart of Khalifa’s book is a serious question: in a world steeped in shame, and in fear of standing out, is it possible for individual freedom to survive? Nizar manages to be true to himself, but in this fictive Aleppo few others do so.

M Lynx Qualey is a freelance writer based in Cairo who blogs at arablit.wordpress.com.