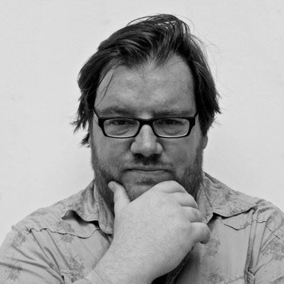 “How do you write about a country that is disintegrating?” says Sinan Antoon, on the line from his office at New York University. His words have taken on a more affective valency in recent days, as the notorious militants from Islamic State (Isis) released footage showing the graphic destruction of Assyrian and Akkadian artefacts in Mosul’s central museum.

Talking about the litany of massacres and destructions that the well-funded group has left in the wake of its territorial expansion across Iraq and Syria, Antoon, who describes himself as an Iraqi novelist in America, says “I never imagined Isis”. He was one of a coterie of dissident diasporic Iraqi intellectuals who opposed the 2003 US occupation of his homeland that led to the current post-colonial quagmire.
He explains that during the 1990s, “Iraq was already a society so drained by sanctions, war and dictatorship that to wage another war and with the imperial irresponsibility of the US was bound to produce a chaotic and catastrophic situation.”

In his third novel Ya Maryam (Ave Maria), shortlisted for the 2013 Arabic Booker Prize and with a forthcoming English translation by Maia Tabet, he faithfully reproduces the difficult conversations between an Iraqi Christian family housed in Baghdad while the daily scenes of carnage are painfully recounted. Maha George, one of the main characters, is impatient and helpless with the increased targeting of Christians declaring “churches are being torched, we’re being killed right, left and center, and we are slowly but surely being driven out … The Muslims want to get rid of us, quite simply, so that the country can become theirs alone.”

The older relative she lives with in Baghdad, Yusif, is a bit more historiographic in his argument noting “What do you mean ‘theirs’? The country belongs to everybody, and if it’s anyone’s it’s ours, before anyone else, all the way back to the time of the Chaldeans and from there on down to the Abbasids, the Ottomans and the creation of the modern nation-state. The evidence is there, in all of our museums. We’ve been here from the very beginning. If it isn’t our country, I’d like to know whose it is! Can you tell me?”

The question, read in the context of the latest ransacking of the Mosul museum, becomes unanswerable as the last traces of an indigenous minority are decimated. “Sometimes unintentionally, what I imagine the character would go through ends up happening in real life in Iraq,” he says. “It adds to my continuous mourning.”

Antoon explains that his novel, which explores a church bombing, brings up questions about whether minorities should leave or should stay (the book refers to the terrorist attack of Our Lady of Salvation Chaldean church in Baghdad in December 2010 that left over 50 dead at the hands of the Islamic State of Iraq, an al-Qaida offshoot at the time).

“One of the characters had this fear that Christians would be a relic of the past in Iraq and sadly look at what happened this last summer with Isis and the mass displacement.” He pauses and ruefully ponders, “I guess I am trying to say that I am forced to by the events on the ground to always go back to my characters.”

Isis triggered a geopolitical crisis in June of last year, capitalising on a breakdown of the Iraqi state’s security apparatus by taking control of Mosul, Iraq’s second largest city. Hundreds of thousands of Mosul’s Shia and Christian residents had to flee immediately or face the oppressive conditions of living under a terrorist group seeking to establish their model of a caliphate or Islamic state. Christians specifically had to endure the added humiliation of conversion, paying a special tax to their overlords, or exile.

Antoon, who has a doctorate in Arab literature from Harvard University and three novels under his belt, recently won the Saif Ghobash Banipal Prize for Arabic Literary Translation for his novel The Corpse Washer. London-based pan-Arab newspaper Al Hayat dubbed it “the Iraqi novel par excellence”. It tracks the travails of Jawad, a young Shia corpse washer from Baghdad, who decides to leave the depressing family business to pursue being a sculptor – his ambitions are cut short by the circumstances of history.

Antoon’s win is even more impressive as he translated his own work from Arabic to English. “I think of the sentence when I translate, concentrating on the mechanics while letting the poetic manifest itself through the body of words. It’s challenging but it’s beautiful because it shows you the horizons of the target language which you are translating,” he adds.

Baghdad has become a “city of ghosts”, but Antoon quickly warns against any facile notions of nostalgia and bygone eras about his beloved city. “The problem that Baghdad has, like other great, iconic cities, is that sometimes the textual Baghdad overshadows the real Baghdad,” he says. His voice suddenly cracks with sadness when talking about Al Mutanabbi, a street made famous for its booksellers and literary cafes.

But he emphatically argues “sadly this happens so often in western media and also in some Arab media, where you take one street or one person or one aspect and that stands for all of culture, in focusing on Al Mutanabbi we forget the larger context in what conditions made the destruction possible” referring to the US military occupation and devolving of the Iraqi state.

Antoon is interested in teasing out the embodied tension of living and working in the country that occupied his homeland, and talks of the sense of estrangement when witnessing the horrors of a protracted conflict. Talking about writing against a backdrop of ravaging violence, he says “oftentimes I am speechless, like many of us are, but we are in the business of words so we have to somehow try and represent the effects of all of this on human beings”.