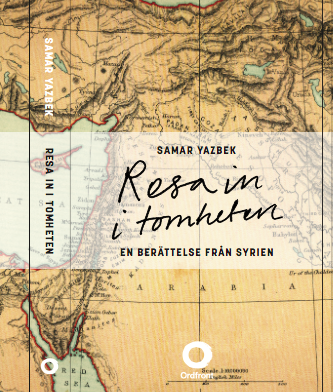 Samar Yazbek’s war story “The Crossing”, in a translation by Marie Anell, is written in a classical female war correspondent tradition, with forerunners such as Martha Gellhorn, Barbro Alving, Dorothy Parker and Marie Colvin – who was killed in a grenade attack in Homs, in Syria 2012.

Yazbek – who is a praised novelist and has written extensively television and film drama – skilfully depicts how people’s emotions are affected by war.

Comparable to Alexievich
In a sense, Yazbek is similar to the Belarusian Nobel prize Svetlana Alexievich, when she allows women and children to speak using their own words, often interrupted by screams, smells, and memories… But unlike Alexievich, Yazbek writes about an ongoing war, before it has hardened into history, while ideologies are still being written.

The Crossing is a brilliant book about what war does to people, also to us who watch it; it should be a required reading for every citizen today.

Unbearable to read
It is a book that is difficult to read… It is unbearable to read about children with amputated legs, traumatized youth glances, and IS-soldiers misogyny and dreams of a terror state…

World enjoys the survival fight
… War reportages are often hard-boiled in objectivity, as in the Hemingway tradition. Or they are flowery and tell you of death and suffering as something beautiful. Samar Yazbek writes about how the world “enjoys taking a peek at the fight for survival staged around the Syrian victims’ corpses.” “How the media industry offers us so much death and brutality that it becomes something we consume, and then throw away. ”

It is a brilliant book about what war does to people, also to us who watch it; it should be a required reading for every citizen today.