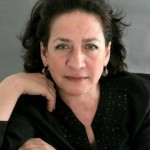 [1]Sharjah: It is not a writer’s job to categorise his or her book into any particular genre, it is for readers or critics to decide, a panel of Arab writers echoed during a literary session on the first evening of Sharjah International Book Fair 2015.

In a session on similarities between literary genres, a panel of renowned Arab writers Dr Shukri Al Makhbout, Fatima Sultan Al Mazroui and Hoda Barakat shared their thoughts on the similarities between genres and how writers are least bothered about the issues of classification of their work.

“We have seen a lot of experimentation in writings over the past century, but the experiments in literary writings failed. We keep seeing new trends come and go, but what stays is the classical style of writing. There is a concern about overlapping of genres, but I don’t think there should be any. Writers can’t restrict themselves to genres when they are writing, it is not what we think about. Classifying literary texts into genres is a critics job,” said Dr Shukri Al Makhbout, who won the International Prize for Arabic Fiction this year for his debut novel ‘The Italian.’

“It is not for writers to decide or think about such things. In fact it doesn’t even cross a writer’s mind when he or she writes. What writers are mostly concerned with are the feelings of their readers and how they are able to communicate with those feelings,” said Fatima, who has two novels to her credit apart from several short stories.

Echoing the thoughts of other panellists, prolific French-Lebanese author Hoda Barakat of award-winning novels like ‘The Tiller of Water’ and ‘The Stone of Laughter’ said: “I like to see myself as classical writer, but I don’t want to restrict myself to any genre. I prefer keeping things open. Any literary text, whether it belongs to one genre or the other has to be relevant. We can’t isolate writings from what is going on.”

Hoda has published five novels, two plays, a book of short stories and a book of memoirs, as well as contributing to books written in French. Her work has been translated into a number of languages.