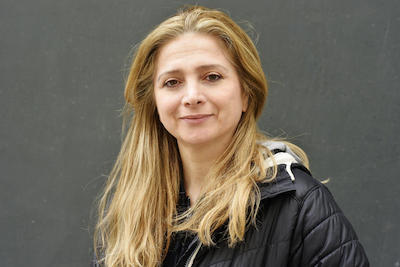 [1]This article was commissioned to the author by Handelsblatt, September 25, 2015

Things must seem a little familiar for the Europeans, at least for the older generations. The images are the same, even if this time they are in color and are shown in their living rooms, instead of being black-and-white pictures viewed at the local movie theater. They are the images from the years after both World Wars, images of flight and displacement. Horrible images.

And today there is flight and displacement in Europe again. And these images are also very present in the media again today. The situation of refugees has become part of the European reality, a part of the reality of each individual European. Now they must find quick solutions to overcome the crisis, which itself is just the consequence of another reality. Even if these solutions differ from nation to nation, it is urgently necessary to aim for a quick integration for those people who risked their lives fleeing death and possibly lost their family during their passage to safer countries.

At the same time, the origin of the crisis should be investigated. The European governments have no small task at hand, particularly as some of them are suffering under their own economic problems. That especially true for Greece, which is where most of the refugees land first on their way to Europe.

Without a doubt, these countries must draft an emergency plan, which requires considerable funds and support that is not to be squandered. Even if we cannot deny that the population is showing great empathy to the refugees, and the human rights organizations and civil society have undertaken extraordinary efforts, these actions alone are not enough if the governments do not present a plan that can be quickly implemented.

At this point one must mention the positive approach by Angela Merkel to this humanitarian catastrophe. But we must also consider the other side of the crisis. The European governments and the United States, as well as the players on the ground in the Syrian war, such as Russia and Iran, bear full moral responsibility for the fate of the refugees. They closed their eyes for four years to the repeated atrocities committed by the Assad regime – the chemical weapons massacres, the dropping of barrel bombs, and even the emergence of IS and other jihadist groups. As harsh as it sounds, the West contributed to Syria becoming a bloody battlefield.

Today we have to deal with two terrorist monsters: on the one side is the visible terror in the world, whose image is pushed to the forefront and emanates from IS and the other jihadist groups. On the other side is the hidden terror, which is not talked about – that of the regime of Bashar al-Assad.

If we only stopped to think a little about the fact that the barrel bombs dropped from Assad’s planes on the cities and villages kill civilians, so that people flee the country out of fear for their lives, then we would know that IS is not the only reason so many Syrians are forced to flee.

This responsibility also includes the wealthy nations’ approach toward poorer countries. Hopelessness, economic backwardness, and poor living conditions compel people to flee. Even though the majority of refugees today are Syrians, this fact should not be discounted, because a large number of migrants come from other countries.

When thinking about a solution for Syria, the West must therefore examine whether it makes sense to concentrate its efforts on the destruction of IS. This opinion, which is constantly invoked in the Western media, and involves a partnership with the Assad regime is exactly the problem.

As such, the West is extending a hand to the person who caused the catastrophe, and who is the head of a terror regime, a person whose existence and crimes contributed to the emergence of IS and the other jihadist groups.

Instead we must investigate the causes that led to this tragic situation. It is appropriate and urgent to fight and destroy IS, but without talking about the necessary end of the Assad regime and the beginning of a transitional period, radicalism would only be encouraged instead of thwarted.

It’s not just with wars and weapons that we can fight terror, but also through the building of a democratic civil state, through education, a constitutional state and – most importantly – through the continued development of the country and the safeguarding of human rights.

In light of the bloodbath in Syria, these words may seem to be far removed from reality, but this is the only way to humanize the people again. They must be able to live in their country as citizens with equal rights and obligations and not be forced to flee; and they must not be exposed to any violence, which would lead them to becoming radicals.

One fights terror by destroying IS and the other jihadists, but one must primarily work towards finding a solution that involves the end of the Assad regime, which will not be easy. Presumably, we will have to cease years’ worth of work and efforts if it is truly the intention of the West and the community of nations to end this dreadful war – something which I doubt is the case.

As for me, I have lived in Paris for years and have not experienced the suffering of my countrymen. I cannot compare my relatively easy life with the horrors those risking death in the search for a better life have experienced.

I do not believe that there is anything more horrible or tragic than a father stepping with his child into a rubber dinghy, knowing that they both could die at any moment. But these people take a chance for the dream of a better life, of a life as a human being. I would like to ask all governments in the world a clear question: Have you ever even wondered, what caused the Syrian refugees to undertake this hellish trip? You surely know that the reason is not IS.