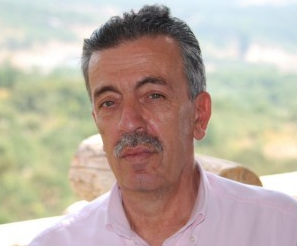 The Lebanese author Jabbour Douaihy, professor of French literature at the University of Tripoli, immerses his reader in this city, especially in its American neighborhood, among the poorest, which he describes accurately. He explores everyday life, from the souk’s stalls, to the cries of the vegetable vendors, these “peasants who smell of damp earth in winter,” as well as the old sheikh, the soap and fish merchants, the baker who makes cheese galettes that one can eat standing up, “against the wall, facing the colorful list of the names of the Prophet’s companions, displayed in alphabetical order.”

An invitation to discover key figures

The author is not content with displaying some local characteristics. His ambition lies elsewhere. While his novel displays thorough and vivid descriptions, it is also an invitation to discover key figures. Ismail, born in poverty, is packed with explosive energy. Abdel-Karim, the son of a prominent family of wealthy Muslims, appears as a sad and soft man. Through these two men – the first’s resent and the second’s failed love stories – the novelist crystallizes the recent history of the entire city. With no demonstration, the author merely reveals the city. This is how we discover the changes that took place since the civil war of 1975. The story deeply focuses on the each character’s intimacy. It also takes into account the social class antagonisms, the rotting of traditional elites, the disappearance of the missionary schools, the extremists’ control over mosques and the decreasing number of Christians. Jabbour Douaihy does not hesitate to adopt the reporter’s tone of voice, in closely following Ismail’s descent into radical Islamism. “He did not shake hands with women (…) no longer laughed, or joked. He was calm. He endured everything.” The author dissects the mechanisms of radicalization, linked both to social alianation and the US invasion of Iraq in 2003; atime when virulent preachers came to Lebanon to recruit candidates for suicide attacks. The strength of American neighborhood lies on the author’s acute gaze at these characters – using a concise style, with nothing superfluous – the lives of which seem to lie spontaneously on the page.