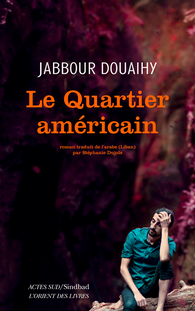 The tale Lebanese writer Jabbour Douaihy writes in in The American neighborhood is not yet home to the tensions between Sunnis and Shiites that it will become after being contaminated by the Syrian conflict. But the rise of radical Islamism, which is the book’s backbone, is already an important sign. The story is that of the improbable complicity between the descendant a prominent family and the son of a
line of housekeepers at their service. The difference of social class does not prevent both Abdel-Karim and Ismail to rejected, each in his own way, the load of their families’ values. Their fates finally meet in a surprising collusion, allowing them both to escape the dictates imposed by their respective conditions. Ismaïl, attracted by Islamist sirens like his father, will prove that there is no inevitability to fanaticism and that redemption is possible. The strength of Intissar, his courageous mother, and character central to the novel, will help be of help.