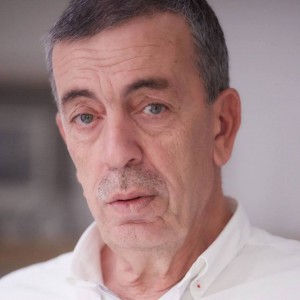 June rain is the story of a return home, from America to Lebanon, which transforms into the investigation of a crime: Elia seeks to find the reasons for the “incident”, as they call it in reference to the shooting that took place in the fifties, killing his father and forcing him to exile. But the investigation will have to rely on memory, photographs and conflicting accounts emerging from families immersed in an ongoing war.

There is something incredibly fascinating in this book: the psychological element that runs through it from start to finish, its characters, landscapes and scenarios are prodigious.

All the elements of the work interact with each other, they are all directly or indirectly related, they go together to build a unit of epic character. Inner thoughts and emotions spring from inside the human being and shadows the landscape in a convulsive way, recreating some grand scene.

Douaihy(Lebanon, 1949) has created a book with philosophical and very interesting psychological tints…

With a rich record of countless voices — spanning from the journalistic style, to police records, to his own mother’s story, or that of a relative who too part in the ‘incident’, or the neighbor who heard rumors about it — Douaihy  presents a collage of stories, all of exceptional beauty, leading to the “incident”, showing it from multiple angles and extending the uncertainty surrounding it.

June rain boasts a contemporary style, sometimes fragmented, sometimes suggesting rather than showing, moving between delicacy, rawness, coldness and passion. It is, in short, a work of Arabic literature definitely away from the clichés of exoticism which places it squarely in modernity.