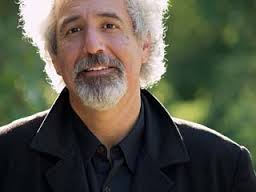 Ever since I started Interlink Publishing 30 years ago, I’ve been a passionate advocate of literature in translation. Literature is universal, and great literature travels well. It can thrive at home, in exile, and, yes, in translation. So why do translated titles make up less than 3% of books published annually in the U.S.? I asked this question when I participated in a panel discussion at the Frankfurt Book Fair in October.

But when I was invited to speak at the 2014 Sharjah International Book Fair (SIBF) in the U.A.E., I hesitated. Sharjah was not on my literary radar, and the SIBF was not on my list of must-attend book fairs.

I decided to go when I saw the list of 300-plus international editors and publishers taking part in the two days of professional programs and matchmaking sessions. Many of the names were people I wanted to meet—and, frankly, should have met years ago, if my Frankfurt and London schedules had not always been too busy. Also, three Interlink authors were featured speakers at the fair: Indian novelist Tabish Khair, author of the recently published How to Fight Islamist Terror from the Missionary Position (there is no chance Arabic-language rights will ever be sold for a novel with this title); Egyptian novelist Ibrahim Abdel Meguid (House of Jasmine, 2013); and Palestinian-American poet Nathalie Handal (The Lives of Rain, 2014). Four other novelists caught my attention: Ahmed Saadawi from Iraq, whose Frankenstein in Baghdad won this year’s International Prize for Arabic Fiction (IPAF), as well as IPAF 2014 shortlisted novelists Khalid Khalifa (Syria), Inaam Kachachi (Iraq), and Ahmed Mourad (Egypt). Ultimately, though, I knew I had to go when I spotted the name of Rick Simonson, my friend at Seattle’s Elliott Bay Book Company: he is an enthusiastic supporter of Interlink and a tireless promoter of fiction in translation.

According to fair director Ahmad Al-Ameri, SIBF is the brainchild of Sheikh Sultan bin Mohamed Al-Qasimi, ruler of Sharjah. Over dinner with a handful of invited speakers, the sheikh spoke movingly about his love for literature and his vision for SIBF. A seasoned storyteller, he described SIBF’s inaugural year: “There were many exhibitors but no visitors. So I bought the entire contents of the exhibitors’ stands—every book in the fair.” He went on to say that he did not see it as a failure, because of what it became: “Look at it now.”

Indeed, this year more than one million visitors attended SIBF, which ran from November 5 to 15—a record in the fair’s 33-year history. The fair had 200 author events, and there were 1,256 exhibiting publishers from 59 countries.

It was a success for me as well. My panel about the challenges of translated fiction with Susie Nicklin of the Marsh Agency and author/translator Daniel Hahn, was lively and inspiring. I signed rights deals during the matchmaking sessions, on the bus rides to our meetings, and over dinner in the desert (complete with camels and date-juice toasts).

Nearly a dozen translation grant applications were submitted for our titles. I sold three nonfiction titles and two novels to Arab publishers, one children’s cookbook to a Hungarian publisher, one current-affairs title to a Mexican publisher and one novel to a French publisher—and I bought two novels from a French/Lebanese agent and one nonfiction title from a French publisher. On top of that, I am currently talking to a dozen or so other publishers interested in additional titles.

SIBF was a fun and productive experience, made memorable by the like-minded, intelligent, passionate book people I met at the fair. They came from all over the world and have now become part of my extended family: Pierre, Laure, Philippe, and the three named Emmanuel/Emmanuelle from France; Caroline from Switzerland; Eric from the Netherlands; Clara from Mexico; Bibi from Nigeria; Papp from Hungary; Wuping from China; Lorella, Mariarosa, and Stefano from Italy; Gvantsa from Georgia; Nazli from Turkey; Katrina from Lithuania; Sherif from Egypt; Yasmina and Bachar from Lebanon; Ines from the U.A.E.; and many more.

So plan on Sharjah next year! And don’t worry about spending a few days in a “dry” emirate or developing a date-juice addiction. A 20-minute cab ride to the neighboring emirate of Ajman will get you to Kempinski’s ZanziBar.

Michel Moushabeck is founder of the Massachusetts-based Interlink Publishing. He serves on the board of trustees of the International Prize for Arabic Fiction.