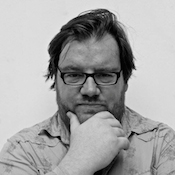 Maha George is a young Iraqi Christian woman from Baghdad in her early twenties. I came to know Maha and her family quite well three and a half years ago. She was studying medicine in Baghdad at the time, but had no plans for staying in Iraq. She, like so many, no longer believed that Iraq was her country and planned on immigrating as soon as she finished her studies.

The recent events in Mosul and the catastrophic fate of hundreds of thousands of Iraqis (Christians, Yazidis, Shabak, and others) have confirmed all of Maha’s fears about the fate of her co-religionists in Iraq. She and her family had already experienced similar dynamics in Baghdad in the past decade: intimidation, sectarianism, violence, and displacement. The post-2003 Iraqi state and its corrupt institutions never functioned for Maha’s family. There was no protection or safety and a rampant militia system and culture meant that those who had no militias or strong sectarian parties to represent them were most vulnerable. They became easy prey in the violent chaos unleashed by the U.S occupation of Iraq.

Maha’s family lived in al-Dorah, a district in southwest Baghdad where half a million Iraqis (Shiites, Sunnis, and Christians) had lived side by side for decades.

But the civil war and the ethnic cleansing that Baghdad witnessed between 2005 and 2007 meant that “mixed” areas were turned into exclusively Shiite or Sunni areas. The Shiites of al-Dorah were driven out by extremist groups, and in 2007 it was the Christians’ turn. Just as with Mosul’s Christians last month, Maha’s family and other Christians in al-Dorah were given an ultimatum. They had to either convert to Islam or pay a tax “jizyah.” At first they thought these threats would subside, but they later received warning letters and bullets were shot at their house. Like thousands of others, they had to abandon their home and move in with relatives in safer areas. The number of Christians living in al-Dorah dwindled from 150,000 to just a few thousand. Most of the seven churches in al-Dorah, which belonged to different denominations, and were full every Sunday, were attacked or closed.

Maha’s family first moved to al-Baladiyyat in eastern Baghdad. After a few months the entire family moved to Ainkawa in Iraqi Kurdistan where thousands of Christians had fled the sectarian violence. Maha’s family was waiting for their religious asylum papers. She stayed behind in Baghdad to finish her degree in medicine. She got engaged to Lu’ayy whom she met at the local church in al-Baladiyyat. Things had calmed down a bit in Baghdad and even in al-Dorah things seemed to go back to normal. Her fiancée convinced her that they should move back to her family’s home. When she saw a Muslim resident from al-Dorah on TV urging Christians to come back to their homes, she was reassured. Maha and her husband moved in and she was expecting. A few weeks before her baby was due a car exploded outside their house shattering the windows and any sense of safety. The child Maha had been carrying in her womb died. She would never recover from that loss. Her trauma drew her closer to her faith. Upon leaving the hospital she and her husband moved into the upper floor of Yusif Bharatli’s house, an unmarried relative of her mother’s. Yusif was a retired civil servant whose siblings had all immigrated, but he insisted on staying in the house he had built.

Maha and Yusif grew fond of each other. Yusif was a kind and wise father figure. He was so generous that he refused to take any rent from Maha and treated her as if she were his daughter. But they did not see eye to eye on politics in Iraq. Maha was, and still is, convinced that the roots of sectarian violence lie in the intolerance of Muslims and that what is taking place in Iraq and neighboring countries is yet another chapter of a continued history of violence against minorities, Christians in particular. Yusif, on the other hand, was old enough to remember decades of peaceful coexistence and has a rich and colorful archive of memories of a pluralistic and mostly secular Iraq. Although cognizant of tensions and occasional problems, he remembers the times when one’s identity and destiny were not defined solely nor primarily by his or her religion or sect, but more so by class, education, and ideology. Power and politics take many guises and recently they were donning religious and sectarian masks, he thought. The politicization and exploitation of religion for cynical ends was not new. He believed that Islam did not have a monopoly on violence and that far greater crimes were committed in the name of Christianity or by Christians. Iraq’s problems were the product of dictatorship, wars, and military occupation, and not religious texts. Yusif believed that Iraq would eventually recover if Iraqis held on to their history and patriotism.

As far as Maha was concerned, Yusif was living in the past. The reality she experienced on a daily basis as a Christian and as a woman was unimaginable for a senior citizen who stayed home most of the time and was nostalgic for a bygone era.

On October 31st, 2010, both Maha and Yusif were attending mass at the Our Lady of Deliverance Church (Sayyidat al-Najat) in al-Karrada. The Islamic State of Iraq, an al-Qaida offshoot attacked the church and held the congregation hostage for several hours. By the time the Iraqi state’s anti-terrorism forces managed to “liberate” the church, the terrorists had killed two priests and fifty-six men, women, and children, and turned the church into a war zone. Maha survived with minor wounds, but Yusif was among the first to die with a bullet to the heart. The attack sent shock waves through the country and demonstrated how defenseless citizens were and how daring the Islamic State of Iraq had become. There were condemnations and commemorations by Iraqi politicians and religious leaders, but the sectarian and corrupt regime in Baghdad took no steps whatsoever to protect its citizens, Christians or non-Christians. Terrorist attacks against the latter continued unabated. The attack on that famous church in Baghdad was a rehearsal of sorts for what The Islamic State of Iraq and Syria (ISIS), itself a later iteration of the Islamic State of Iraq, would carry out in Mosul in 2014.

Yusif lies in a cemetery outside Baghdad, but what of Maha? Did she leave Iraq and end up, like millions of Iraqis, in our vast diaspora? Or is she still in Iraq? What of her family? Are they still in Ainkawa in Iraqi Kurdistan or did they immigrate? I don’t know and never will.

Both Maha and Yusif are not real people. They are characters in Ya Maryam, the novel I started writing after the attack against Sayyidat al-Najat in 2010 and published in Arabic in 2012. But there are hundreds of thousands of real Mahas and Yusifs. Like Maha and Yusif, I, too, was born into a Christian family. I had not planned on writing about this subject and was more interested in exploring worlds I had not known so intimately. My second novel was about a Shiite family of corpse washers and the plight of a young artist who tries to abandon the family tradition, but socioeconomic difficulties force him to practice the profession he had struggled to abandon. I had become an atheist a long time ago, but the attack on Our Lady of Deliverance, shook me to the core. It was the first of its kind and magnitude. I also sensed that the likes of Yusif, secular Iraqis, whether Christian or not, who were not sectarian and believed in the existence of a pluralist Iraqi identity were dying, literally and figuratively, and so were their memories. I sensed the urgency and necessity of preserving their memory. But the voice of Maha and those like her, who had internalized sectarian identities for a variety of reasons, and were forced to lose faith in an Iraq for all, was real and had to be heard.

In a central argument in the novel, Maha tells Yusif that she fears Christians will end up in museums, a relic of the past, and of an interrupted existence. Novelists might feel euphoric if what their characters say in a novel comes true. In my case, however, I feel quite sad. I had hoped that what Maha said in that argument, in a moment of pain and anger, would never come true. History, however, thinks otherwise.

As I write this, Mosul is without its Christians for the first time in eighteen centuries. They have all been driven out and forced to flee with nothing except the clothes they are wearing. The Christian villages in the Nineveh plain have all been taken over by ISIS and thousands of Iraqi Christians are refugees, sleeping in churches and out on the streets. Thousands of Iraqi Yazidis from Sinjar have been displaced and many died on Mount Sinjar. Like Maha, the great majority of those displaced and hunted by ISIS in their own country believe that they can only be safe if they leave the hell that has become Iraq. What would Yusif have said? Would he still find hope, somehow? I don’t know. The dead don’t speak.

These catastrophic events in Iraq remind me of a real person I knew very well, my aunt Na’ima, who lived with us in Baghdad and was a second mother to me. She was a very devout Christian who went to church every morning. Her room was full of religious icons and resembled a shrine. She was born in 1915, when Iraq was in its embryonic stage as a nation-state. She died in 1996 during the economic embargo. Throughout Iraq’s tumultuous history in the 20th century and the various regimes: the monarchy (1921-1958), the first republic (1958-1963), dictatorship, she went to church every morning. Iraq’s history and its turning points were marked by the church she was attending that morning. There were occasional tensions, but they were minor. She was at home as an Iraqi Christian and was proud to be one. The neo-Aramaic dialect she spoke alongside Arabic was derived from the language Jesus himself spoke. The services she attended every morning were held in Arabic and Aramaic. She would never have imagined a day when she, or anyone for that matter, would be forced to convert, or leave their homes and flee. She would have preferred to die before witnessing this tragedy.

[A German version of this essay was published in Süddeutschen Zeitung, August 25, 2014]