This brief, poetic and sensitive novel offers a fresque of the Iraki capital, through two characters that embody two moments. Maha is a young woman who hasn’t lived anything but war… Yusuf, is an old man Maha blames of living in the past… Both look at photographies. He contemplates those that are hanging in this hallway, like testimonies of a lost world, where it seemed that a tranquil life was possible. She contemplates those on her Facebook thread: Overseas portraits of a generation marked by exile. Between the albums of Yusuf and Maha, opens a parenthesis of half a century of history that offered the keys of the transformations to come: two wars, the occupation and its aftermaths, the birth of fundamentalism, the destruction of culture, the deletion of memory.

Crudely realistic, Ave Maris nevertheless plays with tenderness, irony and poetry. Common sense, illusion and laughter are opposed to the barbary of dogmatisms. Against violence and corrupt powers, shine the daily kindnesses, and magical encounters allowing life to 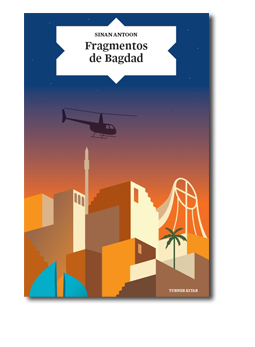