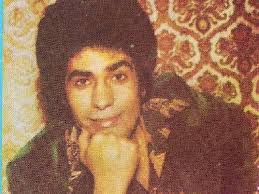 It kind of grows out of traffic. The staccato hiss of an exhaust pipe begins to sound like record scratching. Skidding and braking, the vehicles resume their car horn concerto. Braying, bawling, crashing, farting, fortissimo hustling cut in. Then comes the imperious vroom of a makana – the Arabic corruption of the Italian word for ‘machine’ – as a motorcycle is called on the streets of Cairo…

That staccato hiss is how the city breathes while you’re bumping along on your feet. You’ve been taking in toxins, dodging potholes and garbage mounds. As you slip in mud, now, you catch the tail-end of something rough and magnificent that’s just gone past your ear. It must be playing inside that Speed-like murder motor there, not a mini but a micro bus: fatalistic transportation of the poor.

You almost fell on your side as it charged, with all those bodies tripping over you and each other in the metal-rubber-and-asphalt cruelty of its passage, the punishing heat and no room to walk. Yet you listen hard as you balance on the curb, leaning back to make way for a huge wicker board piled with bread and balanced on the head of a cyclist pedalling barefoot and unperturbed.

It’s a hit you recognise: an old sound by the urban folk legend Ahmed Adaweyah (b. 1945), a waiter by trade. It dates from the mid seventies, pretty much when you were born. So you don’t know if the city was as it is when it was made, but this Cairo breathes through it exactly as it should: beautifully.

You want to heave a nostalgic sigh – just as your lips part, a fresh discharge of exhaust blows in your face. So you light a cigarette instead. Round the far corner there’s a kiosk that sells chilled green bottles of the local Stella beer. They come wrapped in crinkly black bags so the pious sons of bitches don’t know what you’re drinking – more seriously, so they know you know they don’t want to know what.

The kiosk owner smiles as he recognises your face. He’s playing a Darth Vader-sounding Saudi recitation of the Quran on his little stereo, the hypocrite. You ask if he’s got any Adaweyah for your sake and, crouching in the shadow of the plywood structure with the yeasty fizz in one hand, you begin to take long, smooth swigs while he’s waiting for the holy verse to end before turning off the appliance. You perk up as you hear him laboriously switching cassette tapes.

You can reclaim your melancholy here, with ‘El Marassi’, one of the master’s lesser known numbers. Like nearly all Adaweyah’s hits (as you find out), it was written by the down-and-out lyricist Hassan Abu Etman, composed by the accordionist-on-demand Mohamed Asfour, and produced for cassette by the small-time businessman Atef Montaser. Its title is the Arabic word for ‘docks’ because ‘docks’ rhymes with so many other words: ‘groovy’, ‘chairs’, ‘cruel’.

As the lager moistens your gut, the shade winding you down, Adaweyah’s lyric tenor – full-bodied, clarion, gravelly at the high ends – transports you back to Cairo, a city very like the jerkwater megalopolis you just came from but infinitely more euphonic for the ultra-urban tarab of the voice. Tarab: the participatory aesthetic register of modal singing, translated as ‘enchantment’ though it really can’t be translated. Adaweyah’s is one of the rawest examples of it you’ve heard in any genre.

So you’re still on the street but you’re somewhere else at the same time, and it’s a place you kind of want to be:

We tried to get away
They told us to sit down,

(‘we’ being the heartbroken lover, ‘they’ the stone-hearted beloved)

It’s like someone invented a noise filter that doesn’t keep out the heartache.

At five- to ten-minute stretches, this magic echo chamber morphs the short, hard sounds of the street into folk beats from the provinces. It strings accelerated oriental bars out of the softer, longer-lasting ones. Just as a physical theatre performer’s ordinary movements subtly transform into dance, the horns drowned in grey noise-turned-percussion metamorphose into a keyboard melody.

It is nothing like oriental (so called Arabic) music – symphonically influenced tarab that, with people like Mohamed Mounir (b. 1954) and Amr Diab (b. 1961), thanks to jazz and then rock, was later to develop into globally inflected Egyptian pop – the kind of thing you can picture head-covered people in the late sixties still bringing transistor radios to their ears to listen to on humanely busy streets with room on the sidewalks, a little clean air, and public buses that don’t look like bulging Coke cans. No microbuses yet and, in this kind of sound, no irony.

The sometimes hours-long pseudo-arias and quasi-chanties of romantic love and anti-imperialist patrimony survived well into Adaweyah’s heyday, but his work – for a long time looked down on by the intelligentsia – was as different from them as reggae is from fado. Until Adaweyah emerged on the scene, ‘Arabic music’ was Turkish-flavoured modal improvisation evolved. It had tremendous resources going for it but evidently no way of living on past the last quarter of the century.

It had lyrics by high-brow poets (even when they were written in dialect as opposed to standard Arabic, and most of them were). It had large ensembles with oriental instruments inside western orchestra formations. It had phenomenal stars: the all-time diva Omm Kulthoum aka the Star of the East (d. 1975), the perennial composer Mohammad Abdel Wahhab aka the Maestro of the Generations (d. 1991), and the sixties heartthrob Abdel Halim Hafez aka the Nightingale (d. 1977), a lesser talent by far.

They begat a younger generation of soloists who sounded more and more out-of-date as they stuck with the style of the Golden Age of President Gamal Abdel Nasser (1956-70). Ludicrously, that’s still referred to as ‘the age of beautiful art’. Because it was somewhere else that the traffic of life was heading under republican Egypt’s second dictator:

Anwar Sadat (1970-81) immediately softened state control to open up the economy, staging a ‘corrective revolution’ in 1971. In the process he disinherited what post-independence, military and bureaucratic bourgeoisie had formed since Nasser took over from the British-controlled monarchy in the fifties. Nasser had built an ambitious totalitarian system, keeping an iron grip on every aspect of life only to have Sinai taken by Israel in the humiliating war of 1967, his socialist-cum-nationalist edifice crashing down.

The Nasserist bourgeoisie were obsessed with education as a prerequisite of social mobility. Despite their talk of the dispossessed, they continued to look down on manual labour and despise the cultural substance of the provinces. Moralist party hacks at heart, they were conservative, anti-decadence. They could only see Sadat’s realism – peace with Israel, for example – as a betrayal of principles, one that Adaweyah’s onomatopoeic baby sounds in the track ‘Elsah Eldah Embo’ would loudly, insolently echo.

Read the full article on The White Review’s website [2].