[1]I first thought of this project in a random conversation with Nadim Tarazi, a friend who owned my favorite bookshop in Beirut in the 1990s, and now runs “La Maison du livre”, association for book professionals. He was visiting Paris where I then lived. It was the winter of 2006. I had been a literary agent specialized in Arabic literature for two years, and was struggling to find independent information on books. This is where the realization of a need for more information on Arab books, as well as for quality standards, stemmed from.


Initially, I thought of a paper magazine. We started looking into the feasibility of such a project, but were discouraged by the difficulties of distribution, and the capital that needed to be invested. In the summer of 2008, I was considering the idea of a blog, instead of a paper magazine. A less ambitious project, but still a good start, I thought. However the blog, published under my name conflicted 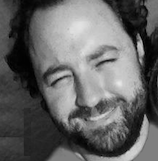 [2]with my being a literary agent. This is when, in another random conversation with Abdallah Atie, a tech savvy friend, came the idea of a collaborative platform.

User generated content made so much sense as a solution to the opacity of the book market that prevented me personally to find more books, that I thought it had to make sense to other people. The more I thought about it, the more I could see the possibilities, so clearly. Such a simple solution to a massive problem… The idea was brilliant!

2009 was the year of Beirut World Book Capital. Nadim Tarazi was working on a web project dedicated to Arab youth literature, in the continuity of Qira’at saghira (Small Readings), the literary review of Arabic youth literature he was editing, and that was distributed as a cultural supplement of a Lebanese daily newspaper. Given our common interests, we decided to merge the two projects, and pitch it as one, under the name Mubtada wa khabar, to the Beirut World Book Capital committee. The project was greeted with enthusiasm, and La Maison du Livre received the funds that would allow us to work on the project’s first version.

Of all the problems I had anticipated, I never thought that we would encounter fatal technological limitations. Knowing that the tools were available out there, I thought it would be possible for any web developer to bring Mubtada wa khabar to life. The fact that the platform had to be in Arabic, in French and in English was an increased difficulty. The development phase dragged. From January 2010, when we were promised delivery, to the Spring of 2010, when we were supposed to officially launch, finally, a half complete technically unsatisfying platform was delivered in the Spring of 2011, after months of frustration — and endless skype discussions! Disappointment was bitter. Not only I was disappointed, but all the partners and institutions that had supported the project were as well.

[3]In the year of 2010, I met with Stephanie Terroir, my current partner in this project, who specializes in user experience (on the web). My first impression of Steph was of a person who had a Second Life, met people on Twitter, and quoted Wikipedia. The web was to her what books to me. She loved the idea of Mubtada wa khabar. From her perspective, the project could potentially also answer the paucity of the Arabic language on the web, a problem I wasn’t aware of at the time, repeatedly referred to by Arab-web-people. In almost 10 years of experience in the web in the MENA region, Stephanie had never been as excited by a project as she was by Mubtada wa khabar. Although I was still struggling with the development of the first version at the time, her enthusiasm gave me the confidence I had started to lose in the initial vision I had had two years prior.

In 2011, as the first version of the site was delivered, La Maison du Livre’s interests shifted, and Nadim, still a supportive friend, preferred to withdraw from the project. Mubtada wa khabar was back to square one. Meanwhile, I saw more of Stephanie, and meeting after meeting, drinks after drinks — where common friends would abandon us because all we would talk about was this project — we simplified the concept of the site further, stripped it from all unnecessary features, polished its core idea. In the process, we realized that her an I worked in a perfect book/web combination. We partnered up. With Steph’s experience, things were bound to go more smoothly with development — although I still had my fears! For Mubtada wa khabar’s second attempt, the challenge was time. We were now both much busier than we were a couple of years back. Still, one small step at the time, we got to a design of the platform that answered all of its previous conceptual difficulties. 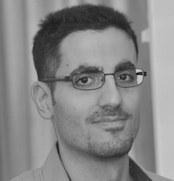 [4]In 2012 Stephanie introduced me to Baher El Hakim, and his Cloudappers. Like Steph, Baher saw the relevance of the project. He fully supported it, and during a short visit to Beirut where I had meanwhile moved, encouraged me to go ahead with it. A couple of months later, we were officially on! And Cloudappers were eagerly waiting for Steph to finalize the designs of the interface.

Thank you all, who in the past 7 years believed in this project and finally made it happen!
Let the fun begin.