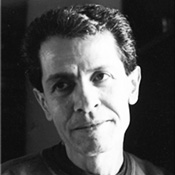 For the first time, an Arabic work makes its way into the repertoire of the Comédie française: Rituals of a metamorphosis, by Saadallah Wannous. In the long history of the House of Molière, which, this year, celebrates its 333rd birthday, this is an important event. The play was performed in the Gymnase theatre, in Marseille, on April 29th until May 7th. The company then travels to Paris, to the Richelieu room, where it will perform Rituals for a metamorphosis from May 18th through July 11th (…)

In the Rituals of a metamorphosis (1994), Wannous has admirably depicted another kind of darkness: that of the weight of tradition, the limitations of religion, the extremism of power, willing to resort to all sorts of lies and repressions to remain… More generally, one can only be baffled by the visionary depiction of the rise of obscurantism that this play offers.

The play is directed by Sulayman Al-Bassam, performed by the company of the Comédie Française.
The play is published in French by Actes Sud.