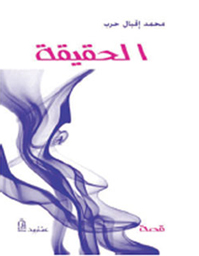 Sahm is a rooster ruling over a realm of chicks, hens and younger roosters living wildly in the woods. One morning, a beautiful bird is injured by a bullet fired by a human, and falls to the ground. Generous and caring, Sahm rescues her. To avoid the beautiful bird, Naghm, any awkward encounter, he builds a small home for her out in the woods. He feeds her with grains and worms taken from the royal stock, to help her heal. Sahm is fascinated by the beauty and the grace of Naghm. He visits her on a daily basis. They spend hours talking. Through her, he discovers a world he didn’t suspect existed, the world of the flying race, while he, in her eyes, belongs to the race of the doomed, those that stay on the ground. They fall in love.
Naghm disappears in strange circumstances. Worried sick at first, heart broken, Sahm finally understands from his son, that he, along with other students and their albino instructer had attacked her. Being a bird, a kind of poultry that despises chickens and deprived chickens from flying according to the chick mythology, the students were told that she could only be an enemy. Having at her disposal grains and worms from the royal reserve, she looked like she had stolen them, or worse, had been rewarded from a traitor within the Chick realm. Slowly, a story of conspiracy against the realm of Chicks spreads. Fear gains the realm. Rahim, Sahm’s son, is now old enough to rule. Suspecting that his father is the traitor, he sees in this an opportunity. Manipulated by the instructor, he is convinced that he is the expected savior. But things are not that simple, and the reader discovers a political plot. Read more. [2]