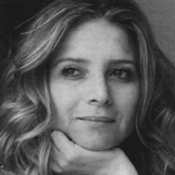 On December 26, 2011, Syria had its deadliest day since mid-March. One hundred civilian deaths, according to the Syrian Observatory of Human Rights. On the 29th, despite the presence of the Arab League observers in the country, the security forces have launched nail bombs on the crowd on the Great Mosque square in Duma. On December 31st, hundreds of thousands of people took to the streets again in the country. There have been dozens of deaths. One has to see, in the home movies on the Internet, demonstrators shouting and jumping together in the face of the soldiers. One has to read the testimony of their bravery on the blogs. When does the courage prevail over fear?

Syrian writer Samar Yazbek is a refugee in France. Author of four novels, award-winning writer by UNICEF, she belongs to the Alawite community, that of the President Bashar Al-Assad (a dissident branch of Shiite Islam that brings 12% of the Syrian population). In February 2011, she joined the demonstrations in Damascus, while snipers shot to kill. She then publishes a short text that goes around the blogs: “Waiting for death. [3]” She describes that moment when the risk of dying becomes a habit: “Death is everywhere! In the villages! In the towns! At the edge of the sea! The assassins seized the people and places (…) I’m not afraid anymore, not because I’m bold – being of a fragile nature – but out of habit. I’m not afraid of death anymore, I wait quietly with my cigarette and my coffee. I think I can have eye contact with a sniper on the terrace door. I stare. I go out into the street and I scan the terraces of the buildings. I walk calmly. ”

In March, Samar Yazbek is taken in and interrogated five times by the Mukhabarat, the secret services. They want her to disengage the opposition. To break her, they take her to a prison where they torture protesters. She will tell this story on Syrian blogs, the text will be published in several European newspapers: “I saw young men, who were barely twenty, their naked bodies, recognizable in their blood, hanging by their hands to steel handcuffs, their toes barely touching the ground (…). At this point, a young man lifts his head up painfully. He had no face, his eyes were sealed, I have not seen the brilliance in his eyes. His nose was no more, no lips. His face was a miniature of red, no lines, a red nested in the darkness of an old red. I then fell to the ground. For a moment, I sunk into something opaque, floating, before I would resume walking on hard land (…). The notion of God disappears, if God existed, he would not allow his creature so be redone, distorted and disfigured. ”

Samar Yazbek is released “after a few slaps.” She did not give in. The regime is reluctant to torture or kill an Alawite known intellectual, it wants to make believe that the community is united behind Bashar Al-Assad. In the weeks that follow, the mukhabarat threaten her with death. They slander her. Leaflets distributed in her native village accuse him of being a “traitor.” Taking advantage of a break in surveillance, she flees to Paris with her daughter. Since then she has continued to denounce the Syrian regime.

We found Samar Yazbek in a Parisian cafe. It’s a beautiful woman of 40 years, a clear gaze, carved face, a voice low and serious. Does she fear for her family remained in Damascus? No comment. She intends to present herself as a Syrian who took the risk to engage in the cause, like so many others. She prefers to speak of the fear and courage of the opposition. “Any Syrian grew up in fear. It weighs on us constantly, we know it well. Yet despite the fear, the demonstrations started. When the repression became more violent and wild, it changed our relationship to fear”. She said. What does she mean? “Before the protests, I was so afraid that I did not recognize myself. I was trembling. But my desire to join the others was unshaken. I was torn. All the protesters have this tearing feeling where fear and courage rips them apart. Courage prevails, even if fear is still there, so human … ” Even when you know you may be maimed, tortured? “There is a ceiling of fear. First, it crushes us. When you learn the horror of the repression, fear tenfolds. Then the demonstrators realize that if they stop, the worst is yet to come. The regime would seek revenge. They could not go back, as in Tunisia, in Egypt. So the ceiling of fear is raised.”

On October 10th, 2011, several organizations of Syrian dissidents and students met in an evening of solidarity, “Syria … towards Freedom” at the Odeon Theatre. That night, for the first time, the Foreign Minister, Alain Juppé, shakes hands with Burhan Ghalioun, the spokesman for the Syrian National Committee, the main opposition group. The Socialist Lionel Jospin, Catherine Tasca, Bertrand Delanoë, and the Communist Jack Ralite also came. In the corridors, the Syrians do not put their phones down. A student learns that a Palestinian friend is arrested in Damascus; a filmmaker, that the secret services murdered an opposer in Beirut. She says: “Syria does not have much oil. So the price of the dead is worth less to the West …” According to the UN, the repression caused 5000 deaths, including 300 children, between mid-March and mid-December 2011. On top of which there are more than 14,000 arrests and 12,400 refugees, summary executions, enforced disappearances, torture, sometimes with sexual violence.

Samar Yazbek is at the Odeon with her 16 year-old daughter. Some find her very lucky to escape the secret services. She knows it. On stage, she read accounts of Syrians that were arrested and that she collected. An imprisoned son wrote to his father, “Brush our door with my blood. Shout: I will not compromise! My blood is not for free, father. Do not give up.” She then shows the great photo of a young man, saying in Arabic: “Do not engage in a dialogue with your executioner. Do not despair, even if the world turns its back on you. ” So wrote Ghiat Matar, whose mutilated body was returned to his mother on September 10. He was 26. I would have wanted its presence tonight you can look at it (…). Ghiat and his story summarize the history of the youth in the Syrian revolution. He was the first to make the call to offer soldiers a rose and water. He belonged to no party, he was a pacifist. The Secret Services gave his body back with a large wound across the stomach.” She then called for a moment of silence for the young martyrs of the revolution in Syria.

In Syria, Samar Yazbek has published a novel, Clay (2005, not translated), where she portrays two officers close to Hafez Al-Assad, who established the dictatorship of the Baath Party. One approved the coup of 1970, the second not. Both men are Alawites, share religious values, yet they compete. “I tried to describe how the regime has destroyed all human relationships, all values, she says, and how careerism and opportunism prevails in some, not in all.” In another novel, Cinnamon (2008, not translated), she tells the story of two women. One lives in luxury in Damascus, the other, her servant, is very poor. “I describe the secret world of Syrian women. I show how the rich abuse the poor, dominate. Sexually, too.”

In a recent article on the revolution, Samar Yazbek wrote: “They say that writing a novel requires a lot of imagination, and I say it first needs reality, then reality, and finally reality.” Has the experience of fear changed her writing? “What I experienced in Syria is beyond imagination. It is a thousand times more dreadful than imagination. This confirms to me that in writing, reality is stronger.” Indeed, before the protests she writes that love and death seem like the two sides of the same coin. What does she think now? “Death for me was abstract. An idea. During these months, I approached death, I felt its smell, I saw it. Today, for me, love and death are two worlds apart. Death has no connection with, especially not with love. “In her testimony on torture, she said that there are no words to express what she saw. No words? “When you feel powerless before death, you feel responsible, as if you had attended the death. Where does this feeling of helplessness come from? Words can not express what we aregoing through…”

Samar Yazbek has not given up writing about these moments. She kept a diary in March. She read from it at the Odeon: “Writing has always helped me in difficult moments of my life. Because I am a writer, I could feel more free with myself and with the entangled threads of my life. I knotted and set them apart as I would of puppets’ strings. The only difference being that this time I am the toy, the strings and the great mysterious hand that manipulates them all. I became the the most authentic novel I could ever write. “