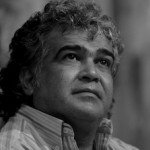 Entered its tenth month, and after tens of thousands of martyrs (six thousand according to some human rights organizations) and dozens of thousands of injured and arrested, the Syrian Revolution came to the certainty of being an orphan.

The Syrian Revolution must get used to count only on the courage of its people, who saw in the revolution the true opportunity to discover themselves, their identity and its hidden energies. This revolution has also been an opportunity to ask questions long ignored by the Syrian society, questions of the cultural, religious and ethnic minorities that are thousand years old. These questions would have never been a node problem to be addressed, as they never have been in the past, if it were not for the role of the wicked regime that has exploited these themes, endangering a thousand year old pacific coexistence. This disappointing attitude of the regime characterized the scene of a strange Syrian surrealism.The observer has the feeling to read a long and repetitive novel in which are reproduced the same mechanical and foolish scenes and actions of the regime. On the other hand, instead, we find the thuwar (the revolutionaries, ed.) constituting the bright party, with songs and dances borrowed from the rich Syrian tradition. The Syrian people has fueled this revolution with a river of blood paid daily by flocks fallen, among the best sons of Syria, and continues to pay this high price, after waiting in vain for an international rescue. This revolution began in mid-March, after the arrest and torture of 15 boys, and not a day goes by that there are no other youths and children fallen victim of agents of the security services and of soldiers, who used military bullets and have not spared any of their repressive arsenal.

But the revolution has not been beaten. It arrived in the heart of big cities such as the capital Damascus and Aleppo and reached 80% of the Syrian villages and towns. It extended horizontally (Geographically, ed) and vertically (Social classes, ed), despite the dreadful sieges of cities as Deraa, Idlib and Homs which suffered repression, killing and destruction. Paradoxically, the city of Homs, the vibrant heart of the Syrian Revolution, has been — for centuries — the capital of irony, sarcasm and jokes. This is a weapon that has fueled the ability to resist, mobilizing new energies. We know that we have no other choice but victory, because we know the vengeful character of this regime. The Syrians continue in the virtual world of the Internet the spontaneity and lightness of their everyday life. They smile in ironic websites such as “Homs international cleaning for armed tanks”, and others. Today, Syrians share the queue to buy fuel and gas, and the electricity cuts, and must cope with harsh conditions of life on top of a brutal repression. But there is no lack of inventiveness to create new forms of protests and to communicate to the world through video clips taken with mobile phones and transferred to international TV networks, dribbling the regime’s censorship.

A hidden aspect of the Syrian Revolution is the dimension of social solidarity, including caring for the wounded in homes and in field hospitals, in order to prevent them from getting arrested. A social solidarity that had to invent a coded language comprehensible only to men of the insurgency and their supporters, to prevent the hammer of power to destroy the fabric of solidarity painstakingly woven.

The self-evident truth that we live in today is that the Syrians will not go back home, until victory, and they will not wait for help from anyone they know to pay the high price for their historical and geopolitical role, past and present. But they will fight for their future, within the framework of a modern state where lies the basis of civil society, the right of citizenship and human rights. That’s why when the news battered the information agencies about the massacre of more than a hundred people in a Northern village, many Syrians have responded with an innocent, “Another carnage? And where’s the news? “.