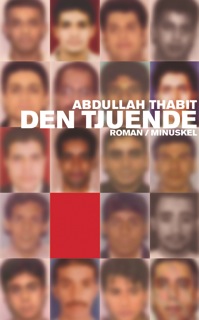 What makes an ordinary young man want to be terrorist? The novel “The Twentieth” by Abdullah Thabit gives a complex answer to this question.
By Lillian Biks, for Dagbladet [2], 11.09.2011

TERRORISM IN CULTURE: On the morning September 11th, 2001 nineteen young men board on four different aircrafts.

“The Twentieth” is about a young man who could have been with them.

The book, which is labeled as a novel is largely autobiographical.

Abdullah Thabit grew up in Asir, Saudi Arabia. So is Zahi, the narrator of “The Twentieth.” People are poor, and social status is asserted by a strong sense of honor.

“People look very seriously at dishonor, to the point that they are prepared to give their lives if they are dishonored. Such conflicts often pulls out, and they can occur for an endless number of reasons. Any violation is a disaster, and it can not pass without bloodshed, “writes Thabit in the book.

His life story, as the book presents it, begins with childhood in strict Koranic schools, the feeling of being an outsider and of failure.

“What I most strongly associated with the world of childhood, is a great sadness and a heavy loneliness,” writes Thabit.

The solution was to pretend that he was tougher than he was.

“I had to try to be someone other than myself to protect myself.”

Eventually, he does become tougher. At school, he discovers adventure and the joy of rebellion. Relations with his parents becomes increasingly difficult.

He likes to play football, and an Islamist group invites him to a camp where both football is played sermons are held. Zahi is gradually consumed by this group.

This is where he finds friends and the impression that he has found truth.

“I was among the saved ones, while everyone else would end in fire of hell.”

Conflict with the family – which is religious, but not religious enough to his eyes – becomes stronger. He is also compelled to judge others.

“Our heart was filled with hatred, not only against the West and the regimes there, but also against our own society, our families, our own brothers.”

As he moves out of home and in with members of the group, it feels like there’s no turning back. Not only that, he feels no need to go out.

“The chicken does not see the egg in which it grows. To see it, it needs to pick holes with his beak. Similarly, it is difficult to understand a situation when one is stuck in it, you have to get out to be able to understand it. ”

IN THE GROUP, he is a leader, popular and successful.

When asked if he wants to study further in Afghanistan, he says he does not feel quite ready yet. Perhaps the coming year.

But then, he changes positions. Things are not going so well at school. He loses friends. People spread a rumor that he is a pedophile who rapes the younger boys in his care. Again he feels alienated.

Zahi isolates himself, but continues to read religious texts on his own. He discovers that it is not true, as the religious leaders had said, that so much of what gives joy is prohibited. Music is not sinful.

“Reason sparks surprised me many times while I was at my most puritanical and began to ask difficult questions. I felt that my voice was drowned, and that I had been guided by others’ words, statements, opinions and conclusions. ”

Fifteen of 11 hijackers September were from Saudi Arabia. Four of them were from the same region as Abdullah Thabit. When photos of them were made public, he recognized one of the faces.

Ahmed Alnami was from Asir, Abdullah Thabit’s home. Alnami had, as Thabit himself, attended fundamentalist schools and attended camp meetings. As he watched television news, he recognized more faces.

“On the recording, there were pictures of young men who had received weapon training, were singing martial songs, listened to sermons and roared battle cries. It was like watching us back in the camps of the Puritan movement. Nineteen men brought death and destruction on this September day, and if I had stayed in the movement and let myself be persuaded to go to Afghanistan, I could have easily become the twentieth. I could have been an accomplice in one of history’s greatest crimes against humanity” he writes in the book.

Abdullah Thabit has met both support and threats after writing his novel.

The threats were so persistent that he moved from his hometown.

But he still lives in Saudi Arabia, and he still participates in the Saudi public debate. He encourages all to think their own thoughts, to read the source texts, to form their own opinions.

“I realized that nothing has value without reason.”