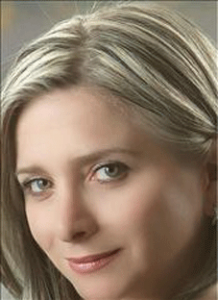 [1]This article was translated by Peter Theroux, and published in The Guardian [2] by arrangements with RAYA agency
Samar Yazbek was not formally arrested.

Two huge men entered the room. They stood in readiness, in plainclothes. One of them stood to the right and the other to the left. With a signal from his eyes, each seized me by the shoulders, though not roughly. They seized me as if I were some object, easy for them to move. I did not resist when they started to lift me out of my chair. I even stood up, surprised at what was happening. Would they finally arrest me, putting this nightmare to an end? One gave the officer a jaunty look, and I looked at him not knowing what was next. I tried to read some good news in their eyes, body movements and demeanour. He was neutral, looking at some spot in the room. The two of them put a band of cloth over my eyes. Moments later, I was blindfolded, and noticed a strange smell from the cloth. A strong arm seized me, an arm sure of its grasp of my elbow, of its push and pull. Then I straightened up and shouted, “Where are you taking me?”

He answered calmly, and I heard a certain buzz. “For a little drive, to improve your writing.” I was certain they had decided to arrest me.

It took less than two minutes; but all these thoughts passed faster than that, and I would have collapsed had it not been for the man on the right and the other to the left moving me along, which they were still doing with fastidious calm. They must have been ordered to do that, but when I almost fell and they caught me, I knew we were going down stairs.

The staircase was narrow. I tried to peek around the blindfold, but it was firm and tight. My breathing grew tighter; I felt we had descended several flights. A nausea started to rack my body, and rotten smells mingled with odours I had never smelled before. At last we stopped. A burning pain shot up my lower back and I shivered. A hand undid the blindfold. I did not expect what awaited me to be horrible, despite everything I had read about prisons; I had tried to write about what I had heard and imagined, but all that meant nothing the moment I opened my eyes. I could scarcely believe this was a real place and not a space in my mind, sick from writing. A passage down which two persons could barely pass side by side, the far end enveloped in blackness. I looked behind me and saw nothing, and before me was utter blackness. A passage with no beginning or end, suspended in nothingness, with me in the middle, and closed doors. The man standing before me opened one of the doors. A sharp buzz started quickly and then ended with slow beats, sad beats like a melody I heard once in a Greek bar. One of the men grasped my elbow and pushed me further in, and kept holding my arm and the open door, and there . . . I saw them. It was a cell scarcely big enough for two or three to stand in. I could not see clearly, but I made out three bodies hanging there, I did not know how! I was bewildered, and my stomach began to convulse. The bodies were nearly naked. There was a dim light seeping in from somewhere, feeble rays for enough vision to discern that they were youths of no more than 20 years old. Their fresh young bodies were clear beneath the blood. They were suspended from their hands in steel cuffs, and their toes barely touched the floor. Blood streamed down their bodies, fresh blood, dried blood, deep bruises visible like the blows of a random blade. Their faces looked down; they were unconscious, and they swayed to and fro like slaughtered animals.

I retreated, but one of the men grabbed me and pushed me, in total silence. One young man raised his head in agony, and the weak light allowed me to see his face.

He had no face; his eyes were completely encrusted. I could see no light in his eyes. There was no place for his nose or even lips. His face was like a red painting with no lines. Red mixed with black.

At that point I collapsed, and the two men lifted me up. For a minute I teetered on a slippery spot, blindly, and it took several moments for me to regain my balance on my feet. I heard one of them tell the other, “Man, she can’t take it. Look at her. The closet’s killing her!”

Then that smell gushed out, the smell of blood, urine and faeces. Abruptly they took me out of the cell and opened another, and as they did so, the sounds of screaming and torture came from somewhere. Never had I heard such sounds of pain. They did not stop until we left the passage.

A second cell was opened. There was a young man curled up on the floor, in a foetal position, his back to me, the vertebrae of his spinal column like an anatomist’s drawing. He, too, seemed to be unconscious. His back was sliced up, as if a knife had carved a map into it.

They closed the cell, and so on with cell after cell, grabbing me by my elbows and pushing me into them, then pulling me out. Bodies lay on top of bodies in heaps. This was Hell. As if humans were just pieces of meat, laid out to put on optimal display the arts of murder and torture. Young men transformed into cold pieces of meat in damp, narrow cells.

I asked one of the men, as they tied the blindfold back on me, “Are those the boys from the demonstrations?”

“Those are the traitors from the demonstrations,” one of them answered.

My question irritated him. He seized my elbow and squeezed it harshly, until I thought he would break it. I stumbled and fell, but instead of letting me get up, he kept dragging me. I felt a scalding pain in my bones when I thought back on the boys who had gone out to demonstrate. All those smells were in my mouth, and the images from the cells covered the blackness before my eyes. We stopped. They pulled off the blindfold and I saw him sitting behind an elegant desk, and I knew that this was not a nightmare. He stared at me derisively.

“What do you think?” he asked. “Did you see your traitor friends?”

I vomited, and fell to my knees. They got very angry. He got out of his chair to stare at the beautiful furniture I had ruined. I kept vomiting. The thought came back to me: everyone who goes out to demonstrate in the streets here is shot, or lives as a fugitive, or is detained and tortured like those boys. What courage was now growing from this flinty ground!

My voice was weak but I heard it say: You are the traitor. I know he heard it because he leaned over and hit me hard. Finally I fell to the floor and everything began to fall apart. Before I passed out, I could feel it: my mouth was open against the floor, and the blood started flowing.