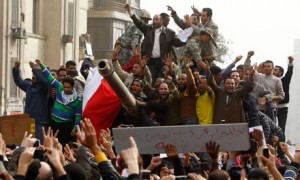 This article was written by Peter Clark for the guardian.co.uk [2], and published on Monday 18 April 2011. It reveals interesting tendencies in contemporary Arabic fiction.

Over the last decade, a new generation of Arabic novelists has been moving beyond the social realism of their predecessors to reach out to the world

With over 100 submissions for the 2011 International Prize for Arabic Fiction (IPAF) – popularly, though incorrectly, known as the Arab Booker – fiction in Arabic is clearly flourishing at least numerically. After all, the Man Booker prize, on which IPAF is based, receives a similar number of submissions itself each year. But over the last 10 years, the Arabic novel has made great strides in the variety of themes, styles and literary forms.

A generation ago themes were limited. Much Arab literature was based on social realism. If there were historical novels, there were hidden contemporary messages. This reflected the influential 60s generation, when the Arab world was defensive and often confrontational towards the outside world. Writers who came of age in the 1960s often produced outstanding work, but the emerging generation seems not to be held back as their parents were.

The Facebook generation has broken down barriers and internationalised cultural reference points. Arab literature is less parochial. In some ways this has reflected the Arab diaspora, and Arab familiarity with Europe and America, through residence, study or visits. Thus the young Saudi writer, Mohammed Hasan Alwan writes a Vancouver novel, or the Iraqi Inam Kachachi writes about an American-Iraqi caught up as a translator for the United States in Iraq.

There has also been a breakdown in the straight single-person narrative. The Yemeni writer Nadiah Alkokabani, has used several voices to embroider one short story. The Tunisian author Kamel Riahi, in his novel, The Gorilla, tells a powerful tale with several shifts of perspective. The Lebanese writer Lina Abdul Rahman, illuminates the life of Marguerite Duras with the focus of a story switching from Paris to Beirut.

Of course writers of the new generation have their predecessors, and it is possible to identify novels from the 1990s which have helped these writers to forge a new path, such as Abdul Rahman Munif’s monumental and (as yet untranslated) 1,300-page novel, Ard al-Sawad, on nineteenth century Baghdad and the Algerian Ahlam Moustaghanemi’s Memory of the Flesh, much of which is written in the second person with constant shifts between generations and locations.

English-language publishers are waking up to this new flowering of literary talent. In 2009 Bloomsbury published Beirut39, a collection of writings by 39 writers under 40, and more recently Saqi has publishedEmerging Arab Writers. Readers without access to Arabic can see the variety, originality and quality of the writing of the younger generation of Arab writers for themselves.

The Arab spring, which has seen uprisings sweep from Tunisia to Tripoli, has been anticipated and is perhaps reflected in these newer writings. The outlook for Arab literature, at least, is promising.