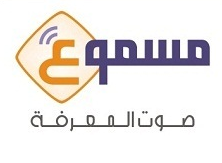 [1]This article was written by Mohammad Ghazal for The Jordan Times. [2]

Established only three months ago, Masmoo3 has already secured business deals with several local value-added service companies which will introduce its audio content locally and in the region through mobile operators and related websites.

The company is one of several incubated at Oasis 500, a fund that seeks to help young Jordanians turn their business ideas into reality.

Masmoo3 is already in talks with one of the world’s largest websites concerned with audio books to sell its products, according to its founders.

“There are a few audio books in Arabic online but they are inaccurate and limited to a few topics only. There are thousands of Arabic books which deserve to be turned into audio editions,” Ala Suleiman, who established the company along with his sister Alaa, told The Jordan Times last week.

“There are audio books in many languages worldwide, but not in Arabic unfortunately,” he said.

“By turning Arabic books into audio versions, we help increase Arabic content on the web and through mobile-enabled technologies. In addition, this is a way of preserving Arabic books in all fields,” the company’s CEO noted.

Masmoo3 has already turned around a dozen Arabic books covering a variety of topics into audio versions, according to Alaa, the company’s audio production manager.

“We are also working on turning several children stories into audio editions,” she added.

According to Ala, iPhone and iPad users in the Kingdom will be able to download an application through their mobile operators to listen to the company’s audio books this month.

After two months, users of other mobile devices will also be able to download the application, he noted.

“The concept is new and encouraging as not many people like to read. They will be able to listen to informative books while in the gym or at leisure,” Ala said.

Noting that several regional companies showed interest in investing in the company, he said a meeting will be held soon with potential investors from Jordan and the Arab world.

The major challenge facing the audio books industry, as well as Masmoo3, is resistance from publishers and authors, according the company’s CEO.

“There is a problem when it comes to the acceptance of using technology to turn books into audio versions, as publishers and authors fear they will replace the print editions one day,” he explained.

The brother-sister team, who have hired the services of 10 linguists and narrators, said the venture would not have been possible without the support of Oasis 500.

“Oasis 500 helped us turn our simple idea into a business that is growing and in demand in the local, regional and global markets,” Ala noted.

“We benefited a lot from their training and mentorship as well as their network of investors. They showed us the way for growth,” he added.

Founded by local venture capital firms, technology companies and angel investors, Oasis 500 started accepting applications for its entrepreneurship programme in August last year with the goal of helping fund 500 ideas from the Middle East and North Africa by the year 2015.