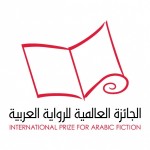 [1]The IPAF, or Arab Booker prize’s shortlist was announced earlier today in Doha, Arab Capital of Culture of 2010. The winner will be announced on March 14th, 2011 in Abu Dhabi.

For the 4th edition of the prize, which was first awarded in 2008, 123 titles were submitted, compared to 115 last year. Titles, submitted from across the Arab world, are all works of prose fiction written in Arabic.

The six authors were chosen from a longlist of 16, announced last month. Each of the shortlisted authors will receive $10,000. The eventual winner will be awarded $50,000.

And the shortlisted books are