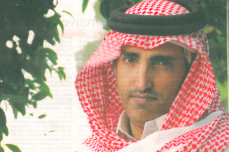 [1]Abdullah Thabit, the 20th terrorist, by Samia Al-Moslimani for le Figaro (04.2010)
(Originally published in French, shown below, and translated into English by Google translate.) 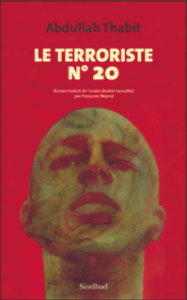 [2]Abdullah lights Marlboros one after the other, in a restaurant in Riyadh, the capital of Saudi Arabia. A few years ago, he would have thought himself doomed for smoking just one. He also would’ve beaten up anyone refusing to put his cigarette off before him. This was the time when Abdullah righted the wrongs, the days when he condemned all others, including the Saudi monarchy as “godless,” The days when he wore a bushy beard. The days when he commanded two underground Islamist cells. The time he almost became the Terrorist No. 20, the title of the novel, which has been translated into French. The arithmetic is simple. There were 19 persons in the Sept. 11 plot. Including 15 Saudis. “I could have been with them, being the twentieth … I would have been among those who brought down the buildings on those who were inside, among those who massacred the passengers of the planes crashing the towers! ” It is Zahi, the hero of the novel who speaks. Zahi is Abdullah’s double. A double so close. The story of Zahi, in Terrorist no. 20, it is that of Abdullah’s, transposed. In the book, the hero is interviewed by NewYorkTimes. The novel actually quotes whole passages from an interview Abdullah Thabit gave to a U.S. newspaper reporter, published in March 2004.

Today, like his character, Abduallah is a schoolteacher in Jeddah. He wears long hair, prematurely white, 38 years old. He reads Voltaire, Hemingway and Victor Hugo. He takes his car to drive all night in the desert listening to Fayrouz the diva of Arabic song … He believes that “man should grow towards reason, be a free thinker, create his life.” He writes here and there in modernist newspapers of Saudi princes. He is also looking for himself. “I distanced myself from the public space. I go in silence to my work, I return in silence. I choose my friends among people like me. I go to the library. I travel.” Zahi /Abdullah thanks his wife, “who accepts my madness, my incessant turnovers and my eccentricities. ”

His former comrades have not appreciated his defection. “When my book was published in Arabic, I began to receive threats via SMS. Internet sites posting messages like this “is a book that attacks us, the author should be killed”. During the Riyadh Book Fair in 2006, a man slips to him in passing: “Our answer, you will not receive it in the mail”. A friend warned him that the danger is imminent. At night, he moved out of his house in Abba, the capital of his home province of Asir, with his wife and two daughter. He moved to Jeddah, where he still lives. The threats have continued, compliments also. A colleague told him: “You did good by breaking the silence”. He describes himself as a shy boy, the last of eleven children, the one to which no one pays attention. A sweet little boy, impressed by an authoritarian father who is concerned with tribal honor. To this lonely child, the Islamists will offer later, friends, money, family, affection …

The family is religious. But its Islam is far from the official doctrine of Saudi Arabia. In this mountainous and verdant area of Asir, we love music and songs. Our fathers, Abdullah wrote, “have experienced a time where they rubbed shoulders with women in the fields, they had their adventures and they married because they wanted to and were in love.” Abdullah Thabit is born at a time when this world disappears, when the bearded religious sweep into the region. He will take part in a unique story, that of Saudi Islamism. In all other Arab countries, Islamists are the opposition. Not in Arabia, which harbors the 1960s pursued activists, particularly Egyptian and Syrian activists from the Muslim Brotherhood. Short of teachers, the Kingdom puts education in their care. A hybridization of the “Brothers” with Wahhabism, the fundamentalist Saudi Arabia, will produce a movement called ‘Sahwa’ , “Awakening.” For a long time, the activists will collaborate with the government. Then, in the years 1980-90, they will question the legitimacy of the Saudi monarchy. The most radical will switch to terrorism, after Osama bin Laden.

Abdullah meets these rigorist teachers from primary school. “It was forbidden to laugh, to sing, to draw anything other than the shrines of Islam.” But in high school, there are more activists. “I thought I was joining a football club, I found myself in an organized group.” These groups, Jamaat, are the backbone of an underground movement. Football is a pretext. Conferences, seminars, summer camps … we pray, we listen to preachers who speak of hell and death. During the games, they shout “God is great”, we did not applaud, “not to look like infidels.”

During the second year, Abdullah is enrolled. A respected teacher tells him the group’s purpose is not only religious. “We work to establish a new order on earth. ”
Abdullah agrees. He is now part of a secret cell. Membership includes rites of passage. “They took me to a cemetery. They ordered me to lie in an open grave. They told me I was doomed to hell, that only they can save me. The young man broke up with his family, not Islamic enough in his eyes. He becomes one of those fanatics who preach in mosques and scare believers with death and hell. He neglects his studies, sleeping in mosques, in one or the other. The group claims to be disciples of Mohammed Surur, a former Syrian member of the Muslim Brotherhood, which advocates a doctrine of exclusion. “We see ourselves as the only true Muslims. All the others were unbelievers, including princes and ulama, the religious officials. “They have allowed the King of Saudi Arabia to call for American troops to defend themselves against Iraqi dictator Saddam Hussein who has just invaded Kuwait.

Abdullah lived in a communal house with other activists. He became chief. Becomes a small Islamic Savonarola. “We launched raids against the wicked, beat up people who smoked, I was attacking women who did not cover their heads … We vilified Jews and Christians.” The light came at university. “I started asking myself questions. I wondered if God really condemned most of humanity. Then I discovered the Western philosophers. I read night after night, twelve hours in a row.” He met others who, like him, took off, like al-Mansour Noqaidan, who became a writer. Abdullah takes his distance. It is not without risks. One night, his former comrades attract him in a trap, they beat him up and leave him in the wilderness. Like many Saudi “repentants”, Abdullah is protected by a prince. Khaled al-Faisal, son of the great King Faisal and then Governor of Assir, will buy dozens of copies of Terrorist No. 20 to distribute in schools.

The story is not over, however. The Sahwa has not made the revolution. The sheikhs have a done a little prison and then, in exchange for their allegiance, they became a kind of alternative religious power, anxious to slow the modernization of society desired by the king. “Their culture, their thinking is still there,” Abdullah said, lighting another cigarette.