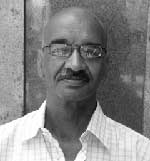 Arab literature is now firmly on the map. Recent years have seen a significant increase in the number of books being translated from Arabic into other languages and the subsequent international success of more popular titles such as The Yacoubian Building and The Kite Runner has helped promote Arabic literature to a worldwide audience. A number of major prizes for the Arab novel have also been established – in the United Arab Emirates, in Qatar, Egypt and Oman. Most recently an Arabic Booker Prize has been set up and was awarded for the first time last year.

On this panel four Arab authors will reflect on their own experiences and discuss the role of translation and prizes in the development of Arabic literature. Two of the authors have been shortlisted for the Arab Booker – Egyptian novelist Makkawi Said last year with Swan Song and Palestinian-Jordanian Ibrahim Nasrallah this year with Time of White Horses. Iraqi novelist and poet Fadhil asl-Azzawi has two of his novels, Last of the Angels and Cell Block 5, in translation; as has Egyptian Khalid al-Khamissi, bestsellering author of Taxi.

To know more about this event, visit the Emirates Airlines International Festival of Literature [2]‘s website.